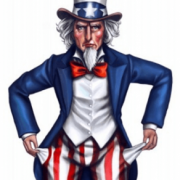 Quantitative easing, or the vast expansion of the money supply by central banks, has been the hallmark of this decade as troubled governments sought to heal sickly economies.

And so far, it has worked. There is no doubt that the implementation of QE, first by the US, and then by Europe, Japan, and China, staved off another Great Depression.

QE was able to bridge the demographic gap created by the retirement of 80 million baby boomers, which started in 2006 and won?t end until 2022.

The last two times a bulge generation retired, the 1930?s and the 1970s, QE hadn?t been invented yet and the economy and the stock market fell to pieces.

QE is now in its seventh year in some form or another.

The hot button topic discussed among government planners, economists, and investors these days has rapidly become, ?What will happen when QE fails.?

What tools will central banks have when we go into the next recession with interest rates already at zero, or negative? Will the Fed run out of bullets and be powerless to help us out of our misery?

It turns out that there are quite a few things the government can still do.

Here is how the government can return us to prosperity in the next economic downturn:

Yes you heard me right. If at first you don?t succeed, try, try again. Since the Fed can?t lower interest rates from zero, it will resort to some new tricks.

Most US QE has so far been focused on buying US Treasury notes, bills, and bonds, thus expanding the Fed balance sheet to an unprecedented $3.5 trillion.

During the height of the financial crisis, the Fed expanded its buying to include bank commercial paper and mortgage backed securities, then trading at enormous discounts.

This is already being done in Japan, where almost the entire outstanding float of government bonds has already been purchased by the Bank of Japan.

Hong Kong did this during the Asian financial crisis, soaking up stock after a precipitous 50% dive, and then reselling it through convertible bonds at a 5% premium. It made a fortune in the process.

Increasing it from $8 to $13 would have an immediate inflationary effect, something the Fed has been attempting to achieve for years. It would also put money in the pockets of a class of workers who spend 100% of their income, another plus for the economy.

This has already been implemented on the West Coast, in San Francisco, Seattle, and Los Angeles. Sure you may have to pay an extra quarter for a hamburger. But if you?re like me, you probably need one of those like a hole in the head.

One of the unique aspects of this recovery is that it has taken place almost devoid of any increases in government spending. Analyze the monthly jobs statistics, as I do, and you find seven years of falling government employment in the face of rising private hiring.

After the initial 2009 $787 billion stimulus package (which got me a fourth bore to the Caldecott Tunnel, thank you very much), there has been virtually nothing. You can lay this at the feet of a gridlocked congress.

However, there is widespread bipartisan support for an infrastructure bank which would rebuild the nation’s aging roads and bridges. The need is undisputed.

The American Society of Civil Engineers has found that one of nine bridges is structurally unsound. Water mains burst daily here in drought stricken California.

Another study I saw said that potholes cost $700 in damage per car per year. I am over budget here, as San Francisco Bay Area freeways have eaten two front wheels from my Tesla Model S-1.

The great thing about this approach is that it focuses spending on hiring where structural unemployment is the highest. Conditions might include funding only American made steel used in the projects.

An iteration of this idea is to fund it by permitting the $2 trillion in US corporate profits held overseas to be brought home tax exempt if it were invested in ?infrastructure bonds.?

You know that $3.5 trillion in government bonds held by the Fed? What if, instead of holding them to maturity as it plans to do, it gave them back to the government?

This would have the effect of reducing the national debt from $18 trillion to $15.5 trillion, thus freeing up trillions for the above-mentioned spending. Sure, it?s never been done, but so what? Just doing some ?out of the box? thinking here.

The bottom line here is that governments never run out of bullets and always have one more thing they can do to bail out the economy.

And all of the above would be positive for asset prices of every stripe. 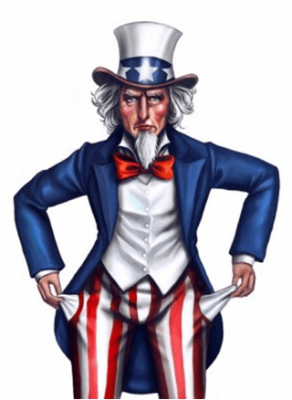 What? No More Bullets?